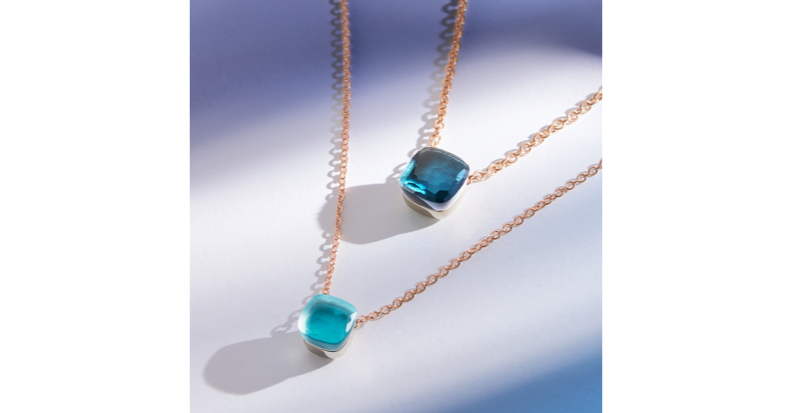 Synonymous with creativity and character in the international jewellery scenario, Pomellato was born in 1967, spawned by the intuition of its founder, Pino Rabolini. The descendant of a long line of goldsmiths, Rabolini introduced the prêt-à-porter concept into the world of jewellery, giving the brand a strong and distinctive identity, thanks to which Pomellato rapidly gained ground on the Italian market and in the rest of the world, becoming the 4th jewellery brand in Europe and one of the key players in the international jewellery scenario.

The company’s success is based on the personality and unmistakeable style of its creations – unique in their blend of colours, stones and extraordinary shapes, and in their fine craftsmanship.

In April 2013, Pomellato signed an agreement that sees it join the Kering group, a world leader in apparel and accessories whose portfolio includes an ensemble of powerful Luxury and Sport & Lifestyle brands such as other famous Italian names like Gucci, Bottega Veneta and Sergio Rossi. A determining factor for Pomellato in this decision was the group’s capacity to guarantee autonomy for its brands, allowing them to fully express all their potential and the guarantee of the synergies necessary to complete the brand’s internationalisation process. Present in more than 120 countries, Kering generated revenues of € 9.7 billion in 2012 and had 33,000 employees at year end.

Pomellato jewellery is crafted in Italy with all the care of artisans, and only ever using raw materials of the highest quality standards.

Starting from the classic jewellery-making tradition, over the years Pomellato has developed innovative stone cutting and setting methods, conferring characteristics of shape, light and colour to the jewellery that give the whole range unmistakeable personality and style.

Constantly renewing the collections is Pomellato’s strong point: pursuing a dynamic and current flair while confirming the brand’s tradition and values.

1995 spawned Dodo, the first jewel combining a decorative function with the idea of conveying a message. With a unisex and multi-generational allure, Dodo – an independent brand since 2001 – owes its success to the universal language of emotions.

To celebrate its 40th anniversary in 2007, Pomellato launched the Pom Pom collection, that marked its debut in high-end jewellery. Every ring of this collection is designed around stones that are unique in their rarity, large size or irregular shape. Sophisticated, excessive, contemporary jewels, whose high value combines culture and an unconventional flair.

2012 was the debut year for Pomellato 67, with the brand reinterpreting the rock and transgressive spirit of the late 60s in a stunning collection, translating the style codes of the Milanese maison into solid silver.